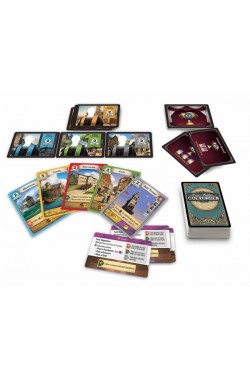 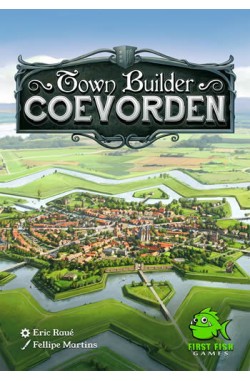 Levertijd: Wordt maandag verzonden
Prijs: 23,00€
Bij een bestelling van 50€ betaalt u: 21.85 €
Bij een bestelling van 100€ betaalt u: 20.7 €
BESTELLEN
Verlanglijst
Product vergelijk
Omschrijving
Town Builder: Coevorden is a game where players take part in a town building contest to build the most beautiful district. There is a panel of judges and awards players compete for in addition to scoring points for completed buildings.
In Town Builder: Coevorden, players will draft multi-use cards from a center row of cards to build their own tableaus. Each town card can be used in 3 ways; as a foundation, as a resource and as a completed building with unique abilities. The players can aim for Awards or the favour of the Judges to gain extra points. The game ends when the players have played through the entire deck of cards a certain number of times based on the number of players. At the end of the game, the player with the most victory points is the winner!