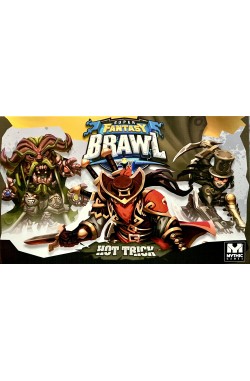 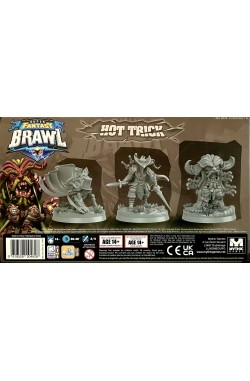 Prijs: 22,50€
Bij een bestelling van 50€ betaalt u: 21.38 €
Bij een bestelling van 100€ betaalt u: 20.25 €
BESTELLEN
Verlanglijst
Product vergelijk
Omschrijving
It's a world of tricksters after all! Because sometimes playing a Hot Trick at your opponent can prove to be more powerful than the more devastating blow!
Jacques Le Beau, This duelist Musketeer, the Jack of Hearts, knows Gold'arr well! He will use his cores to boost the effects on his cards, but he can also deal raw damage. Don't let his looks trick you!
Nikkit, the Sly, is not one, not two, but three mischievous goblins! They're slow and heavy, they jump around, and their powers are unique, just like themselves!
What she lacks in height, she gains in nimbleness. You will never be ready for the devastating attack dealt by the daggers of Lil'y, the Legendary Thief! Don't trust what you cannot see, they say!