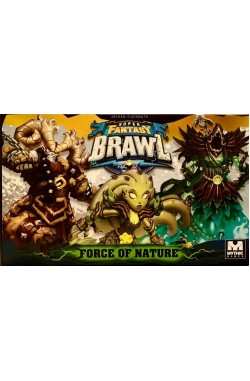 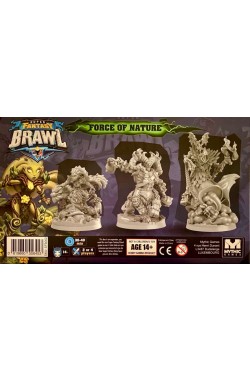 Prijs: 22,50€
Bij een bestelling van 50€ betaalt u: 21.38 €
Bij een bestelling van 100€ betaalt u: 20.25 €
BESTELLEN
Verlanglijst
Product vergelijk
Omschrijving
Add to the roster of your Champions with the Force of Nature! This expansion adds Taze, Loralei, and Nevamore to your Champions. Let’s take a look at them! Taze knows what it takes to be a Champion. As one of the few Tauriak born into the warrior caste of his people, Taze was groomed to become a warrior. As battles between clans were decided by a trial of champions, Taze was tutored by the best trainers and armed with the greatest weapons, becoming a living weapon that would bring victory to his clan again and again. Adored by his friends, and feared by his enemies, Taze built his life on triumph after bloody triumph. His was an existence of strength and battle, and Taze would have it no other way.
Through the countless wars that have engulfed history, Fabulosa itself has suffered the most. A world ravaged and torn, eventually nature had to fight back. A dryad of incredible power, Loralei was once the nesting spirit of a druidic grove, her life given to protect that sacred place. With its destruction, she was free to venture into Fabulosa, protecting other groves from the same fate. Appearing wherever she was needed, Loralei kept the world in balance, ensuring that no matter what atrocities the races of Fabulosa committed, life would find a way to survive.
Nevamor’s former life as a druid was cut short by the Droskarian Horde, but whilst death comes for all things, not all things accept death as easily as others. Nevamor’s will to live extended far beyond the mortal coil, and he returned a wraith; the first undead. Although his first act was one of revenge, soon Nevamor became a protector of the lost, an avenging shade that preyed upon those who would prey on others. With his trusted companion Poe, Nevamor would hunt those who would think themselves the hunter and prove them wrong.