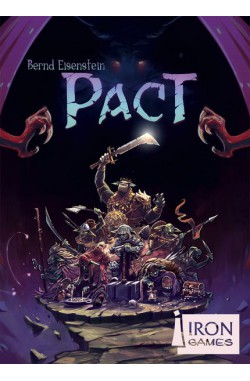 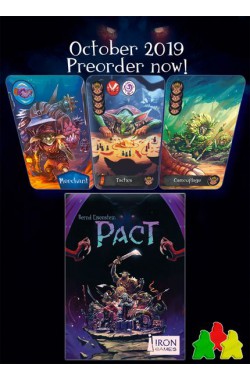 BESTELLEN
Verlanglijst
Product vergelijk
Omschrijving
We, the goblins, have managed to chase the scum of the Five Realms out of the Hiddenlands. Now the land is ours, and we can spread destruction and chaos as we like it!
But it's not that easy to live together with the other dirty goblin clans, especially since we are threatened by dangers here as well. We trade, research, fight diseases, build buildings, and strive to be the most powerful and respected of all the clans. I might be forced to join forces with other clans, but afterwards, it will all be mine — you'll see!
By recruiting and playing goblins in 'Pact', you try to fulfill the tasks as quickly and effectively as possible. You fulfill the tasks alone or together with one of your two neighbors. Therefore, you get a reward while both of you scores at the end of the game. At the end of the year, when winter comes, the fruits of your labor will be visible and the balance of power will be decided.
Thematically 'Pact' is a sequel of 'Pandoria' after the goblins have expelled the remains of the five Realms and now have settled the Hiddenlands on their own.