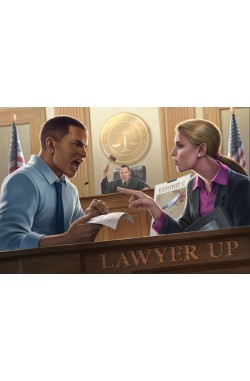 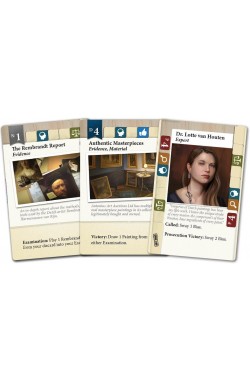 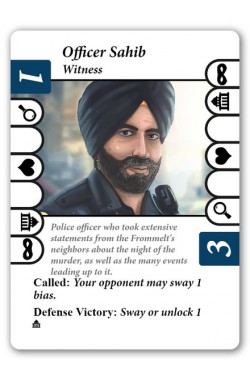 Prijs: 54,50€
Voor dit product betaalt u: 51.78 €
Bij een bestelling van 100€ betaalt u: 49.05 €
PREORDER
Verlanglijst
Product vergelijk
Omschrijving
Dit is de kickstarter-versie, inclusief alle stretchgoals, de Godfather trial de Witch trial uitbreidingen.
In Lawyer Up, a two-player asymmetrical card game, players take on the roles of attorneys facing off against each other in a courtroom case. One player takes on the role of the prosecution and the other takes on the role of defense. Each case has its own unique mechanisms and story from Murder to Racketeering.
Lawyer Up is a game of arguments, influence and strategies. Players start with Discovery, where they will go through all the evidence of the case and draft what they think is important for them to win. Then Players will take turns calling and questioning witnesses - building arguments by chaining together cards with the same symbols and earning influence. Attorneys then spend their influence to sway the biases of the jury to their side of the argument.