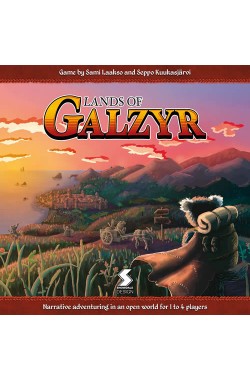 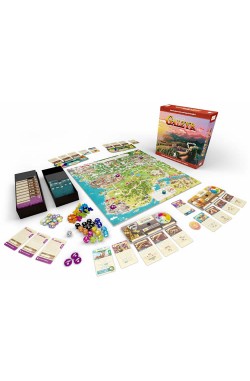 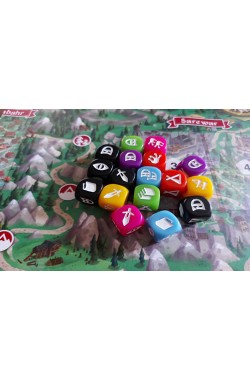 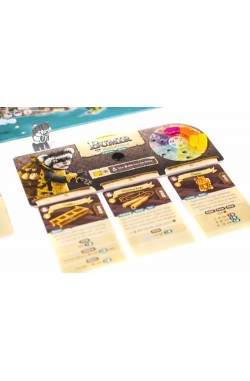 Prijs: 143,00€
Voor dit product betaalt u: 128.7 €
PREORDER
Verlanglijst
Product vergelijk
Omschrijving
Dit is de deluxe versie en bevat: Adventure Journal,Dice Tray,Extra Dice Set,Sleeve Pack,Playmat + Bag.
Lands of Galzyr is an adventuring game with an open and persistent world, with everyone's actions having consequences in both the current and future games. Players assume the roles of cunning adventurers traversing the lands while completing quests and trying to gather fame and prestige.
Each game continues where the previous one ended thanks to a clever save-and-load mechanism, with no need for paper-and-pencil bookkeeping. You can play the game as many times as you wish and even swap players between sessions.
Lands of Galzyr is set in Daimyria, the same world as both the Dale of Merchants series and Dawn of Peacemakers. Go adventuring with both familiar and new animalfolks!