Home > The Book of Rituals 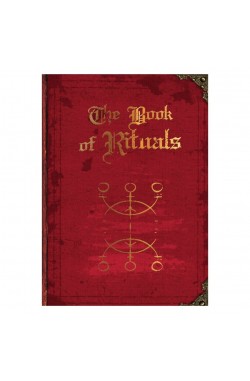 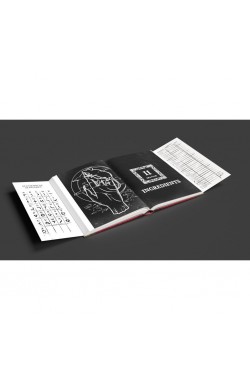 The Book of Rituals

Prijs: 11,50€
Bij een bestelling van 50€ betaalt u: 10.93 €
Bij een bestelling van 100€ betaalt u: 10.35 €
BESTELLEN
Verlanglijst
Product vergelijk
Omschrijving
The Book of Rituals is a book full of puzzles set in the universe known from the Escape Tales series of games. While solving the tasks presented in the book, players assume the role of discoverers of secret knowledge. Each subsequent task will reveal the secrets of the elements and alchemical ingredients, to finally allow them to perform various magical rituals. In total, 45 tasks of various formulas and types await players — from less complex puzzles to complex, multi-stage riddles.
The topics covered in the book refer directly to the events of the Escape Tales series. Although knowledge of games is not necessary to solve riddles, experienced players will find flavors and references to the series' stories here. Important characters from the games, such as Samuel from The Awakening or heroes from Children of Wyrmwoods. These characters become secondary heroes in The Book of Rituals, who, just like the players, have delved into the book's secrets. For better or for worse...
Solving riddles is done with the help of a free application that does not require installation on devices and works on both mobile devices and computers. It is primarily used to check answers but also provides hints for riddles. What is characteristic of the Escape Tales products is that players are not judged or punished for using the hints. The overall goal is player satisfaction, so the application is designed to help them, not judge them.
The Book of Rituals is a breath of fresh air in the mystery book market. It stands out from the competition with a formula that encourages and sometimes forces the book's exploration in the order that is convenient for players — it does not have a single path from puzzle to puzzle. The mechanics have been prepared in such a way that players who get stuck on one of the tasks can freely solve others and return to it with fresh ideas or use the hints without the feeling of losing. Thanks to the creative use of the application, the book can also surprise players.