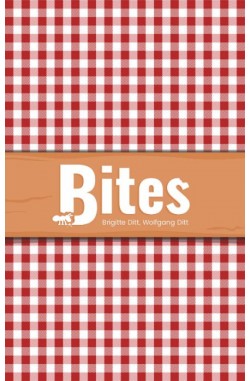 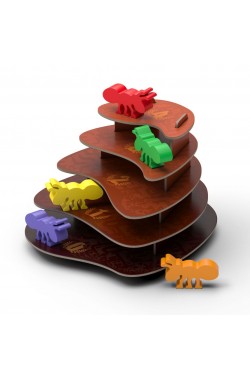 Levertijd: Voor 14u besteld, morgen geleverd
Prijs: 37,00€
Bij een bestelling van 50€ betaalt u: 35.15 €
Bij een bestelling van 100€ betaalt u: 33.3 €
BESTELLEN
Verlanglijst
Product vergelijk
Omschrijving
New version of the Spiel des Jahres Recommended Big Points with a new theme, more engaging components, and rule tweak cards to make sure every play is different.
Four page illustrated rulebook. 20min play time. Highly interactive with no direct conflict.
Players move ants along a trail and collect food as they go. However, the value of that food depends on how the other ants move.
Shared incentives mean you are always trying to figure out what the other players are up to. Variable "rules cards" tweak the rules to every game so that each play is fresh.
During setup, a trail of food is laid out. On each player's turn, they can move any ant to the next food in the trail that matches their color (red ant to apple, purple ant to grapes, etc). Then the player takes the food token directly in front of or behind the ant, saving it to score at the end of the game.
However, players don't know for sure how much the food is going to be worth until the matching ant makes it to the ant hill at the end of the trail. This creates shared incentives as players work together to advance some ants and hold others back.
Along the way players also have the chance to pick up chocolate, which can be turned into special actions, and wine, which provides a way to score bonus points.
There are four decks of cards that define the rules for the game. Each game, one card is chosen from each deck to provide a unqiue combination. Players have to adapt their strategy to the actions the other players are taking and the unique rules for this game. The "rule decks" are:
Ant Hill - Food tokens are worth more points if the matching ant gets to the hill FIRST. Or, food tokens are worth more points if the matching ants get to the ant hill LAST.
Wine - The wine tokens have a different way of scoring in every game.
Chocolate - The chocolate tokens provide a different special power in every game. And, the best way to use that power will change based on the other special rules in play.
Variant - One special rule that applies to this game which offers an extra twist.