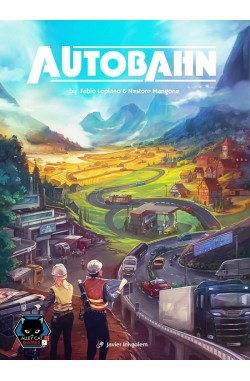 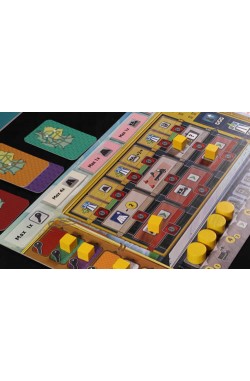 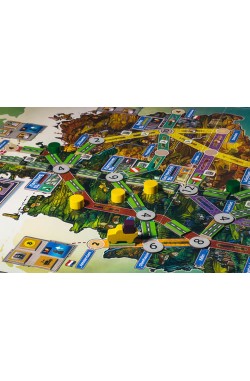 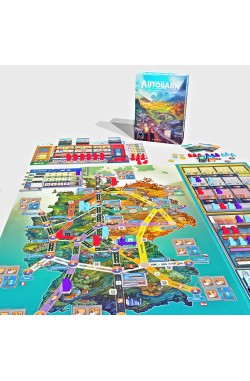 At the end of the second period (in 1990), the Unification opens up opportunities to further extend the network into the eastern part of the country.
As a director within the BundesAutobahn Organisation, you are responsible for managing and developing the German Federal Highway System.
​Aside from building roads, you’ll also be responsible for facilitating the transport of goods to neighbouring countries and constructing petrol stations to benefit from this new traffic.
As you contribute to the development of the network, you gain seats at the administration boards of each highway, and they will increase your budget at the start of each period.
Over the course of the game, your board members will eventually advance to more prestigious seats within the Bundesautobahn building, which instead will provide victory points at the end of the game.
Plan ahead to optimize your efficiency: Each contribution you make builds your reputation and gains you access to new departments and scoring opportunities that better align with your chosen path to victory.
​The cards in your hand allows you to take actions on one of the 7 main Autobahns.
You’ll need to plan carefully and time your actions perfectly if you want to make the most of your hand before you need to collect your cards back.