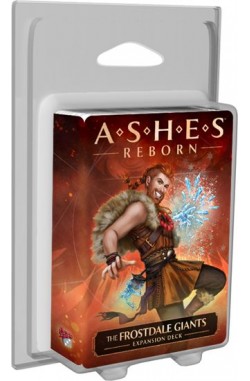 Rin Northfell is a jovial Phoenixborn whose lust for life and battle flares up like a beacon in his frigid homeland. Rin shuns the subtlety of complex magic, preferring spells and monsters as robust and as considerable as his spirit.