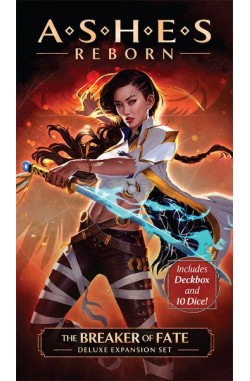 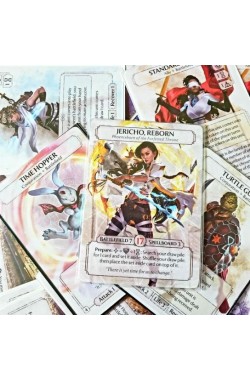 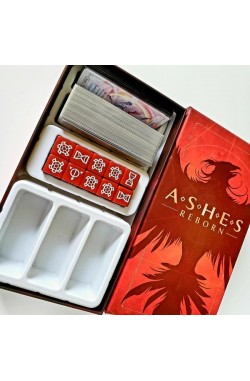 Ashes Reborn: The Breaker of Fate

Famed Jericho Kill has unlocked the ability to manipulate time itself! She has journeyed into the temporal planes, defeated Phoenixborn from across many timelines and claimed their greatest weapons as her own. She now returns, reborn in fire, and is prepared to turn the path of her own timeline.

Ashes Reborn: The Breaker of Fate gives players an all-new Ashes deck ready to play out of the box, or with which to begin deck-building. It not only introduces a new Phoenixborn and new cards to the game, but also includes ten new Time Magic dice and a stylized deck box which neatly organizes a sleeved Ashes deck, ten dice, and all the tokens from the base set.