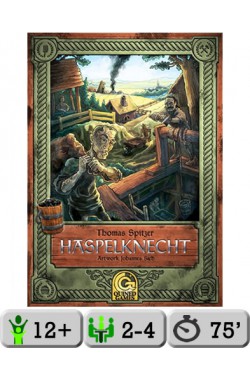 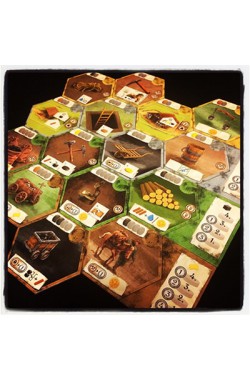 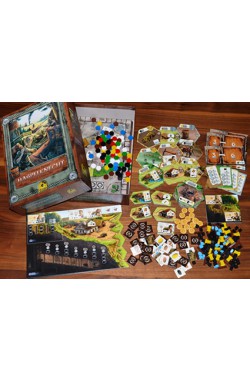 In Haspelknecht, the third title in Thomas Spitzer's coal trilogy of games, the players take upon the role of farmers with opportunities to exploit the presence of coal in their lands in the southern part of the Ruhr region of Germany.

The game is set during the time when the lands were mostly flocked with forests and roads were rare. Coal was found here, nearly at the surface. During the game, the players obtain knowledge about this material, extend the farm, and dig deeper in the ground to get more coal. The game has many ways that lead to victory.

Haspelknecht has an innovative action selection mechanism. The player has to pick the right tasks, and he has also to take care of the ground water which will spoil opportunities to get coal.

The game offers a lot of variation and replayability as the knowledge tiles offer countless possible set-ups.