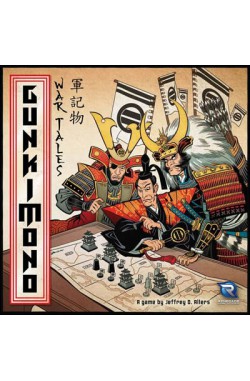 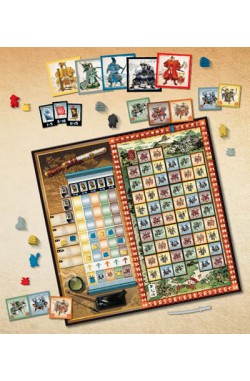 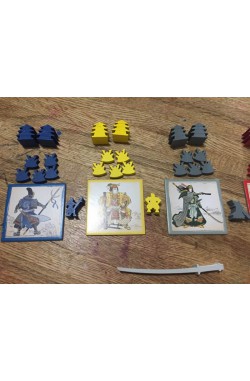 In war-torn feudal Japan, the soldiers are restless. The endless battles, betrayals, and broken promises have the soldiers questioning where their loyalties lie. Meanwhile, the daimyo are strategizing, marshaling their troops, and erecting strongholds to bolster the strength of their armies, all in pursuit of honor and ultimate victory.

In Gunkimono, players take on the roles of these daimyo, plotting their military advances across the countryside. Each new squad of troops yields victory points, but you may decide to forgo these points and save up for your stronghold instead. All the while, you need to keep an eye on your opponents so that their forces do not grow too large and expand at your expense.