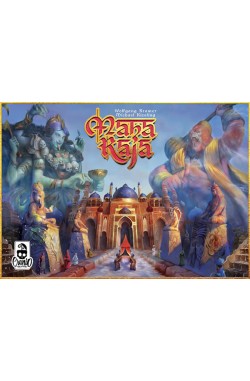 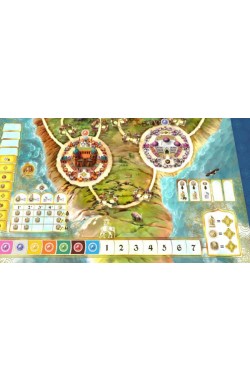 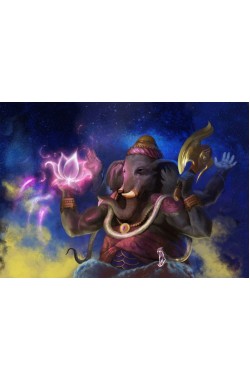 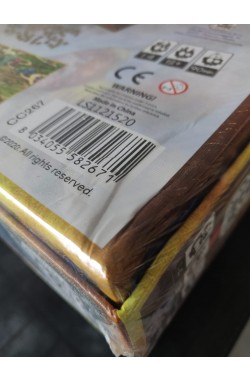 Levertijd: Voor 14u besteld, morgen geleverd
Prijs: 39,00€49,00€
Bij een bestelling van 50€ betaalt u: 37.05 €
Bij een bestelling van 100€ betaalt u: 35.1 €
BESTELLEN
Verlanglijst
Product vergelijk
Omschrijving
Omschrijving van de schade: deuk in de rechteronderhoek aan de achterzijde van de doos.
Zie foto hierboven voor meer detail.
Kickstarter edition including promos and stretch goals
Maharaja is a new edition of the classic game by the authors Wolfgang Kramer and Michael Kiesling. In this new version of the game which supports 1 to 4 players and is enriched with new graphics and components, you build statues of your God of reference to please the Maharaja during their visit and score victory points at the end of the game depending on the majority you reach.
During the game, players take the role of priests who travel to different cities in India, building statues and shrines dedicated to their favorite Gods to expand their worship. To do so, they are assisted by several characters with different abilities. Every year, the Maharaja, the great king of India, will change his residence and players will receive rewards according to their Gods' worship value. At the beginning of each year, players plan their actions in a secret phase to be played simultaneously.
At the end of the seventh year or when a player builds their seventh statue, the game ends, then the player with most prestige wins.
Aside from the new graphics and components and from players now building statues instead of palaces, this new edition of Maharaja includes new characters to use during the turn that change turn order, additional ways to earn victory points, an additional bonus each time you score a city after the Maharaja's visit depending on the assistant you chose, and additional modular rules that can be added during the game and in the final scoring.