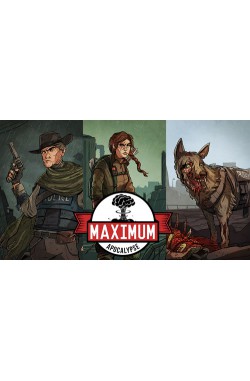 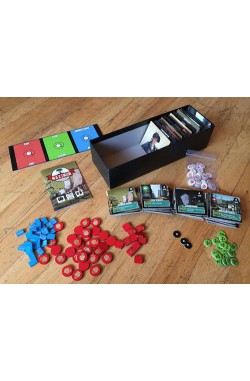 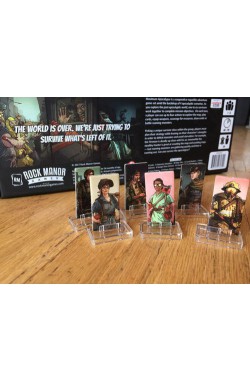 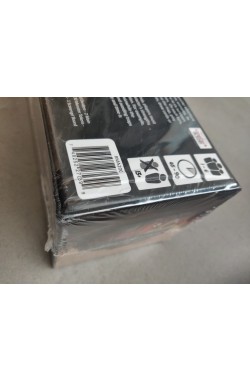 Maximum Apocalypse is a cooperative roguelike adventure game for 1-6 players. In Maximum Apocalypse, civilization has already fallen. The players are survivors of the apocalypse whose mission is to survive the hostile landscape.

The game map is randomly generated and different every time that you play. On each turn, a player can use up to four actions to explore the map, play cards, equip weapons, scavenge for resources, draw cards or battle off monsters.

Picking a unique survivor class within the group, players must plan their strategy and work together while leaning on their survivor’s strengths in order to defeat monsters and avoid starvation. For example, the Fireman is deadly up close with his ax and can easily chop down monsters; meanwhile the stealthy Hunter is great at scouting the map and avoiding traps — but roaming monsters are gathering quickly and time is running out. If you are overwhelmed by monsters or die of starvation, the players lose. If they can find enough gas and get it back to their van to escape, they all win and live to play another scenario.