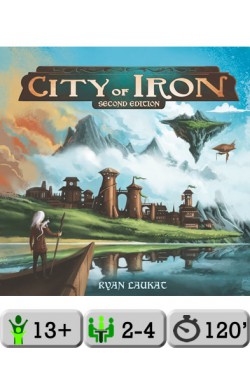 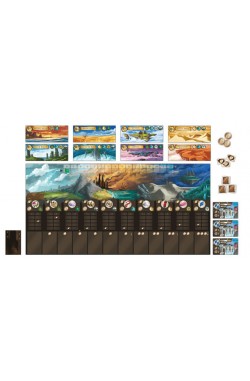 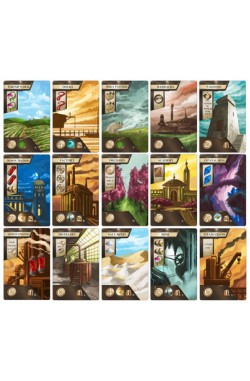 In City of Iron, 2-4 players compete to build up a small nation in a world of machines, magic, and money. Become the leader of one of four rival races: the industrious humans, the toad engineers, the scholarly Cresarians, or the clever hogmen. Corner the market on goods like machine parts or bottled demons. Research steam-age technology and recruit mercenaries to control the continent. Build sea-going schooners or cloud-cutting airships to reach faraway lands and flying islands. Your cities have limited capacity, so you’ll have to decide what to keep and what to demolish when building advanced structures. The future of a nation is in your hands. Build unbreakable foundations for an empire or disappear into the dusty pages of history.