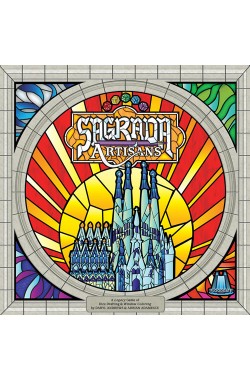 Sagrada: Artisans is a legacy game take on the stained glass window game Sagrada. Players will compete as rival families of stained glass artisans, who work on the Sagrada Familia's windows over the course of generations. Players will gain powerful new abilities over the course of the campaign along with brand new tools. Other gameplay details about the new game are relatively sparse, but the game involves a spiral notebook and colored pencils instead traditional game boards.