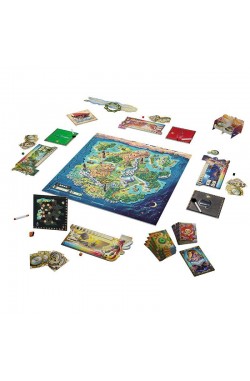 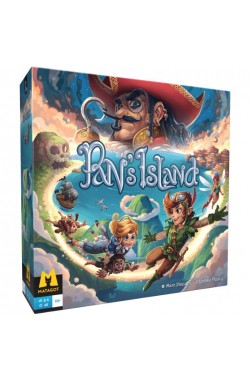 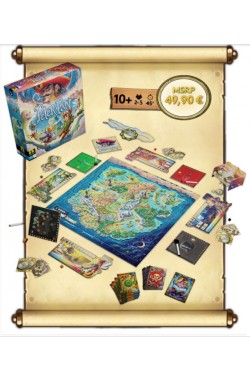 Levertijd: Voor 14u besteld, morgen geleverd
Prijs: 47,00€
Bij een bestelling van 50€ betaalt u: 44.65 €
Bij een bestelling van 100€ betaalt u: 42.3 €
BESTELLEN
Verlanglijst
Product vergelijk
Omschrijving
Welcome to Never Land! Get into the shoes of Peter Pan, Wendy, Tinker Bell, Lily the tigress, or even Wendy's brothers, John and Michael. Look for the Lost Children who got… well - lost onto the island. Explore all the places, lead wisely the other players to find some of the Lost Children, at least the ones you know their whereabouts. It will be necessary to cooperate to find them all. Once you’ve found them, the topology and the dangers of the island will evolve for the next game!
After choosing your character and learning about your special abilities, each player is responsible for hiding a pirate and a Lost Child. Thanks to a hand of Clue cards representing dreams made by the characters, each player can give clues on the location of the Lost Children or the pirates to avoid. These Clue cards are played on another player’s board by placing them on a “scale” of “relevance” ranging from Exactly to Not at all. The player will then need to correctly interpret the clue to move around and search for the Lost Children in the correct area. The game is won when 5 Lost Children have been found, but it ends if you encounter the pirates more than 2 times. At the end of a game and depending on its success, a dice roll will change the topology of the island, bring new rules and decide how you pursue your adventure: if you lost, the island may become easier to explore or bring new characters to help you, but if you won, new characters and a new type of island will make your new adventure a bit more difficult quest.