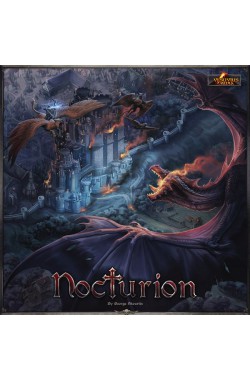 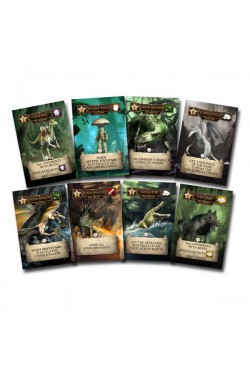 Prijs: 34,00€
Bij een bestelling van 50€ betaalt u: 32.3 €
Bij een bestelling van 100€ betaalt u: 30.6 €
BESTELLEN
Verlanglijst
Product vergelijk
Omschrijving
The Evergreen Empire stands on the brink of annihilation. After thwarting the deadly elemental invasion, the young Emperor Alexius IV tries to recover for his people their lost wealth and dignity, but he cannot protect the realm alone. The Noble Houses of Evergreen hold power and resources but due to their interests they never work together. Alexius must find out which of the noble houses is worthiest and most loyal to him and put it in charge in the Capital as first among "equals".
In Nocturion, players take the role of noble houses that try to fulfill the quests of Emperor Alexius IV in order to prove their loyalty and stand next to the Emperor. Nocturion is a dice-rolling worker placement and resource management board game. Players try to fulfill quests and find their legendary heirlooms by gathering resources and forging mighty armies of Beasts with variable asymmetric powers.
The player with most victory points wins.