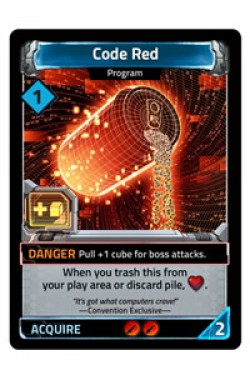 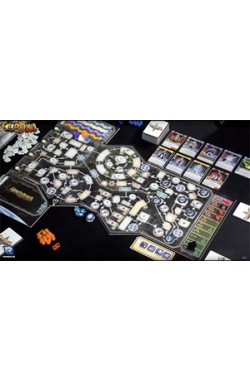 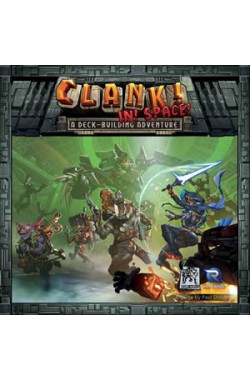 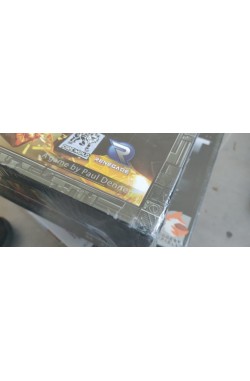 The evil Lord Eradikus has all but conquered the galaxy and is now on a victory lap across the sector in his flagship, Eradikus Prime. He may rule with an iron grip, but his most prized artifacts are about to slip through his cyborg claws. You and your fellow thieves have challenged each other to sneak aboard his ship, hack your way into its command module, and steal from him.

Along the way, you'll recruit allies and snatch up extra loot. But one false step and — Clank! Careless noise draws the attention of Lord Eradikus. Hacking into his command module and stealing his artifacts increases his rage. You'd better hope your friends are louder than you are if you want to make it to an escape pod and get out alive...

Clank! In! Space! is built on the same game system as Clank!: A Deck-Building Adventure, with players building a personal deck of cards throughout the course of the game, with the cards allowing them to move through the spaceship, attack things, acquire new cards, and — oh yeah — make noise to attract Lord Eradikus and potentially seal their own doom.