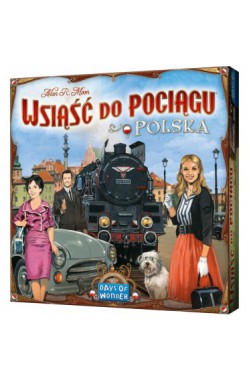 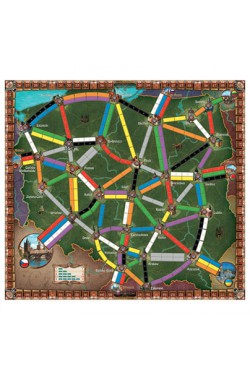 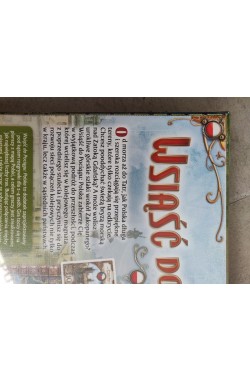 Levertijd: Voor 14u besteld, vandaag verzonden
Prijs: 30,00€32,00€
Bij een bestelling van 50€ betaalt u: 28.5 €
Bij een bestelling van 100€ betaalt u: 27 €
BESTELLEN
Verlanglijst
Product vergelijk
Omschrijving
Omschrijving van de schade: kreuk over de achterzijde van de doos.
Zie foto hierboven voor meer detail.
An expansion to Ticket to Ride with Polish map. Specific to Polish market only.
Contains:
- map of Poland
- 35 ticket cards
- 20 nation cards
From the sea to the Tatras, as wide as Poland is long, there are beautiful areas that are just waiting to be discovered. Do you want to observe the bison in the shadow of the Bialowieza Forest? Or maybe you prefer to take a walk through the charming streets of Wroclaw? Ticket to Ride: Poland will take you on a unique journey to the past, during which you will play a railway magnate from the previous century and contribute to the development of rail network not only in the country, but also in neighboring countries.
Each map in the "Ticket to Ride" series is characterized by individual rules that affect the course of the game and the planning of movements. In the case of the map of Poland, it is the improvement of communication between neighboring countries. In addition to connecting cities, your routes can also reach border crossings, and thus connect neighboring countries. If you manage to create such a connection in your turn, you select the top cards from the special stacks of both countries. Their point value is arranged in descending order, which means that the players who are the first to draw cards can count on a higher point bonus.