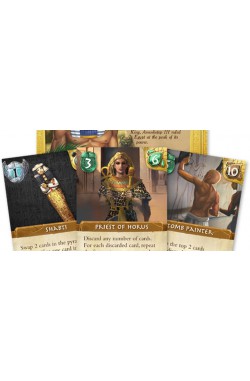 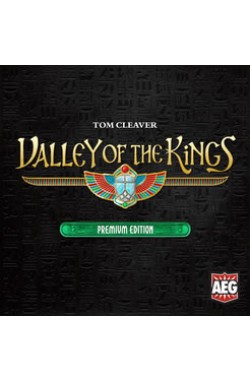 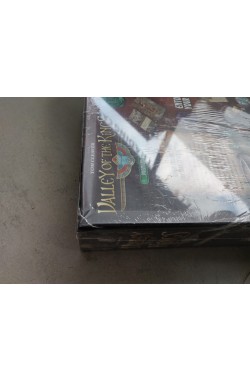 When you die, you can take it with you!

Take on the role of Egyptian nobles at the time of the pharaohs, preparing for death and burial in the Valley of the Kings. Players want to fill their tombs with food, canopic jars, statues, amulets and other treasures, and to do so they acquire cards that are laid out in the shape of a pyramid; the higher the card on the pyramid, the more expensive it is to buy — but when lower cards are purchased, the pyramid crumbles, lowering prices on the cards that fall. The pyramid resets each round with new offerings.

You score only for cards that you remove from your deck and stash in your tomb, so if you keep using valuable cards for their effects and don't entomb them before the game ends, you could lose out on big points! Whoever collects the most valuable artifacts in her tomb wins.