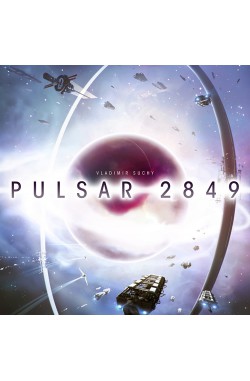 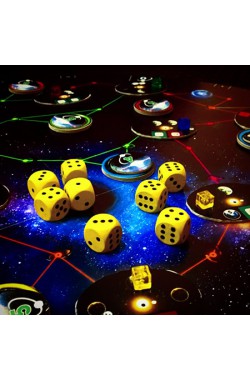 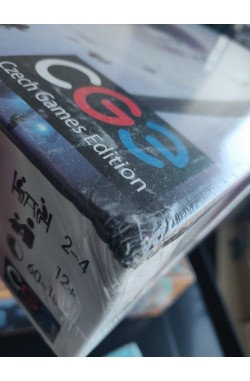 It is the year 2849, one millennium after the Gold Rush, and the mining of raw materials has reached a whole new level. Humankind has successfully tested the first Stellar Mirror and harnessed enough power from a Pulsar to open the first space gate.  A New Era has just begun...

Draft dice to explore the universe in Pulsar 2849. Each round, roll dice based on the number of players, sort them based on their values, then draft dice to take actions, such as adding another spaceship to your fleet or visiting (or flying through) an unexplored star system or tagging a pulsar with one of your identity rings or advancing on your personal tech track, which differs from those of other players. At the end of the round, the turn marker advances based on the dice rolled that turn, and when the marker reaches the end of the track, the game ends.

Players score points each round based on what they've discovered and explored, and everyone has hidden goals that they want to achieve, while also trying to claim the right to public goals that supply additional endgame scoring.