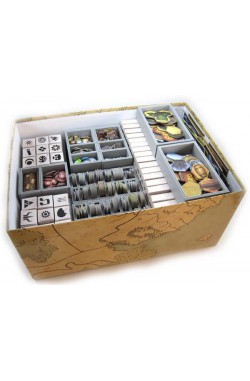 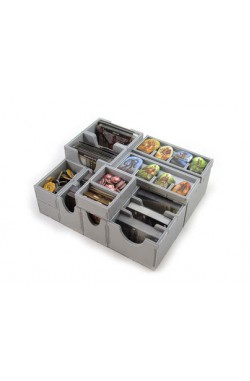 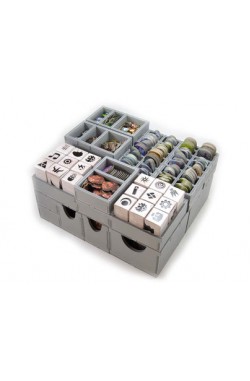 Prijs: 40,50€
Bij een bestelling van 50€ betaalt u: 38.48 €
Bij een bestelling van 100€ betaalt u: 36.45 €
BESTELLEN
Verlanglijst
Product vergelijk
Omschrijving
This insert is designed to be compatible with Gloomhaven®. The design provides both efficient storage and improved game play. Many of the trays can be utilised during the game, and they greatly aid set-up and clear-away times.
There is space for all cards to be sleeved.
Insert features:
The two monster stat sheet and card trays are designed so that the sheets act as dividers with the monster cards in between. This allows quick access to each monster in game and its relevant cards. These trays also contain the largest monster standees as shown in the image.
Gloomhaven® is a big box game with many complex components. The order of placing the insert trays in the box is important to maintain a tight fit for protecting components and also to allow vertical storage. Please follow the sequence of placing trays below. Note that the smaller room tiles stand vertically on the right next to the character boxes.
To add further clarity for people as to how the FS-GLO insert works we have added a video to our YouTube channel. This focuses on what components are stored where and also clearly explains how to arrange the trays and other game boards and rules inside the box. The video is of a second edition version of the game.