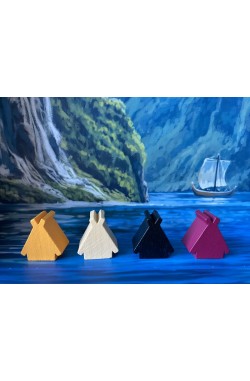 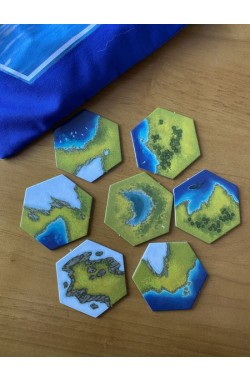 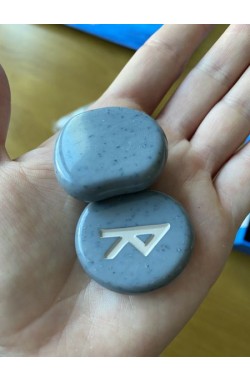 Levertijd: Voor 14u besteld, vandaag verzonden
Prijs: 53,00€
Voor dit product betaalt u: 50.35 €
Bij een bestelling van 100€ betaalt u: 47.7 €
BESTELLEN
Verlanglijst
Product vergelijk
Omschrijving
Dit is de Jarl Kickstarter-versie en bevat: Fjords, 2-player Epic Fjords bonus pieces,The Secret Runes mini-expansion,Rune Stones Deluxe Upgrade.
Explore a landscape so stunning that even a Viking would hold their breath in awe...
Fjords is a tile-laying game that takes place in two phases. The first one invites the players to explore the fjords around them by laying hexagonal landscape tiles, creating a map that serves as the gameboard. In the second phase, players begin from the longhouses they placed during phase one and will walk the landscape, claiming as much of the plains and cliffs as possible.
The winner of the game will be the player who has claimed the most land. Savvy placements and the ability to plan ahead yet act tactically will be your most important tools.
This new edition of Fjords differs from the original release in the following ways:
The game now plays up to four players.
The game contains nine new variants/modules designed by Phil Walker-Harding. These add optional variety and flavor to the game.