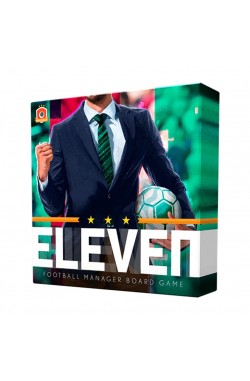 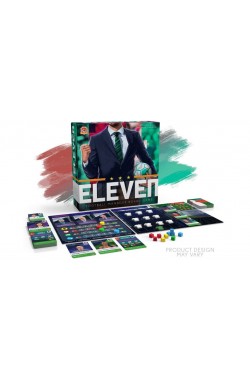 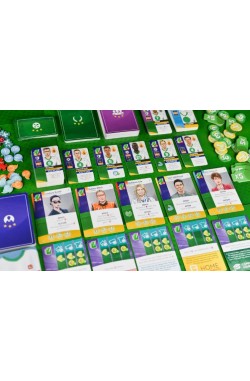 Levertijd: Voor 14u besteld, morgen geleverd
Prijs: 50,00€
Voor dit product betaalt u: 45 €
BESTELLEN
Verlanglijst
Product vergelijk
Omschrijving
Eleven — the number of players you have on the pitch at any given time, with those players making all the difference between being the best team and the worst. But every team knows that to be the best in the league it takes a lot more than players; it also takes an incredible manager.
Eleven: Football Manager Board Game is an economic strategy game set in a world of sport. Your task is to manage and grow your own football club over the course of a season. During the game, you hire staff members, including trainers, physical therapists, PR specialists, and directors. You acquire sponsors, expand the stadium infrastructure, and take care of your club's position in social media. Among the many tasks on the list are transferring new players and choosing the right tactics for each of the upcoming matches.
Eleven can be played multiplayer or solo. The solo mode includes six different scenarios that challenge players with different starting situations and goals for the season. In the beginning, the task is simple: You have to climb the steps of the football leagues and achieve the appropriate experience. You may have to manage the club in a crisis, and at other times you will have to rejuvenate a football team of players that are not so young anymore. You may also have to fight against time to try to complete the stadium before the deadline!