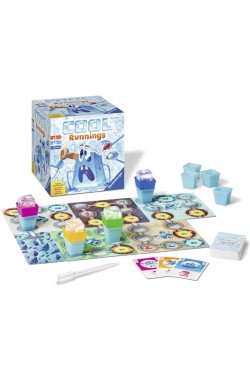 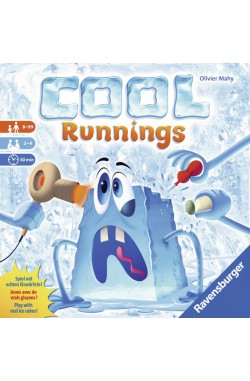 Prijs: 13,00€25,50€
Bij een bestelling van 50€ betaalt u: 12.35 €
Bij een bestelling van 100€ betaalt u: 11.7 €
BESTELLEN
Verlanglijst
Product vergelijk
Omschrijving
To play Cool Runnings, you'll need a dose of coolness and a freezer — yes, literally as the game "characters" are made of ice and you must create them prior to play.
The winner is whoever brings their ice to the finish line first — or whoever still has an ice character in play while everyone else has melted away. During the game — which is played on a modular, waterproof game board — players will attack one another with a pinch of salt, a water bath, or a simple hands-on approach in which your own heat can damage someone's character. If the defending player can play the same attack card as you, though, the attack bounces back on you!