Home > Cleopatra and the Society of Architects: Retail Deluxe Edition + The Cult of Sobek bundle 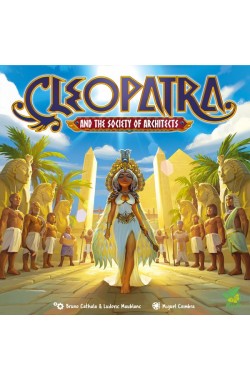 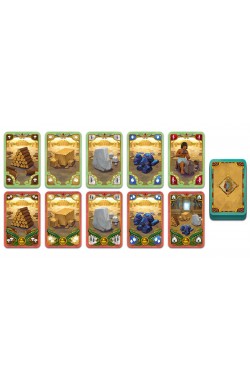 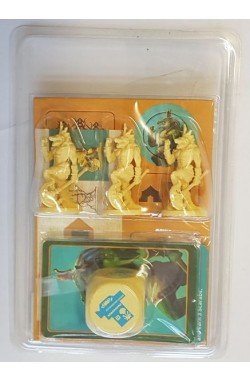 Cleopatra and the Society of Architects: Retail Deluxe Edition + The Cult of Sobek bundle

Levertijd: Voor 15u besteld, vandaag verzonden
Prijs: 88,00€
Voor dit product betaalt u: 83.6 €
Bij een bestelling van 100€ betaalt u: 79.2 €
BESTELLEN
Verlanglijst
Product vergelijk
Omschrijving
Deze bundel bevat het basegame en The Cult of Sobek expansie!
Designed by Bruno Cathala and Ludovic Maublanc, Cleopatra and the Society of Architects is a fun and engaging game that includes a three-dimensional palace that players compete to build. Players strive to become the wealthiest of Cleopatra's architects by constructing the most magnificent and valuable parts of her palace.
Players, however, will be tempted to trade in materials of dubious origins in order to build faster. While these corrupt practices might allow an architect to stay a step ahead of the rest, they come with a high price: the cursed corruption amulets honoring Sobek, the crocodile-god. When Cleopatra finally reaches her new palace at the end of the game, she punishes the most corrupted architects (i.e., the ones with the most amulets), depriving them of riches or giving them as a sacrifice to her crocodile! The wealthiest architect from among those still alive wins.
This new edition of Cleopatra and the Society of Architects has a new graphic design by Miguel Coimbra, a free-standing 3D palace, and rulebook updated by the designers for simplicity and fluidity, which incorporates these gameplay changes:
The combinations of resource cards to discard in order to build pieces of the palace have been reworked.
The player rewards for building the palace's pieces have been recalculated.
The consequences of corruption have been reviewed.
The Great Priest is no longer activated in the same way.
The player count has changed from 3-5 to 2-4.
There is a new specific system to manage the character cards, which are no longer part of the deck, and are instead handled separately.
De expansie:


Sobek, the Crocodile God, can also be very merciful to you and help you get rid of some of your corruption. Obviously, you will have to show him your gratitude. How? You have to build a statue in his honor into your Sanctuary. Be careful, though, because Sobek’s generosity is limited and only the fastest architects can enjoy it. So don’t waste your time!