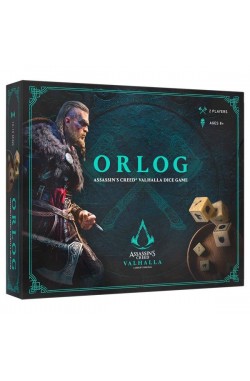 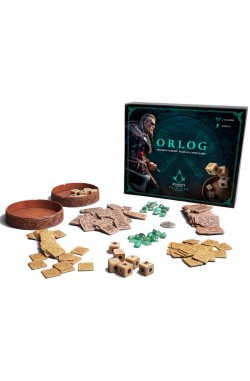 Prijs: 34,50€
Bij een bestelling van 50€ betaalt u: 32.78 €
Bij een bestelling van 100€ betaalt u: 31.05 €
PREORDER
Verlanglijst
Product vergelijk
Omschrijving
PureArts and Ubisoft present the officially licensed Orlog Dice Game of Assassin’s Creed Valhalla! Played extensively by the Norsemen and Anglo-Saxons in every city of the video game, Orlog is played by two players who use dice rolls and bonus effects to claim victory over their opponent.
Players roll dice to generate attacks and acquire tokens for God favors - using a combination of both during attacks and for regaining health. Players cast their dice 3 times a round until resolution. Play continues until one player has lost all Health stones.
Will you earn the favor of the Gods and receive their blessings to win? There’s only one way to find out.