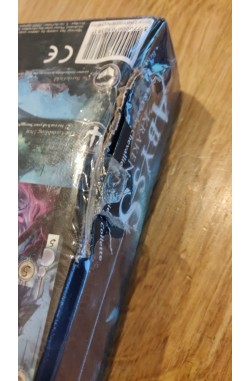 Smugglers Guild settled in the heart of the giant sea creatures cemetery, in the darkest depths of the Deep kingdom. In this disconcerting necropolis, with the help of mysterious Krakkens, representatives of Guilds are trading NEBULISES. Nebulises, wonderful black pearls, are the unofficial currency of the realm. That's money stained with blood. They accelerate your way to power, but be careful, because those who are caught on their possession awaits a terrible fate!

Abyss: Kraken is the first expansion for Abyss.

When playing with the Kraken expansion, base game rules doesn't change, although new elements are added: