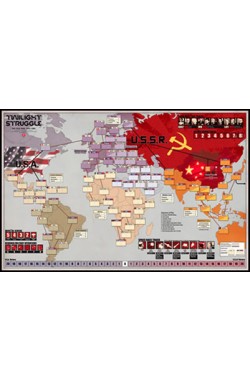 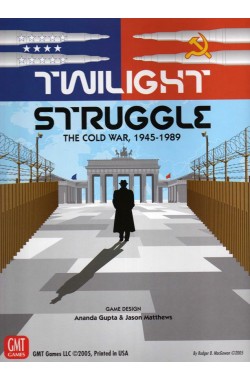 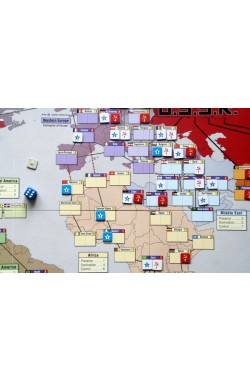 Twilight Struggle is a two-player game simulating the forty-five year dance of intrigue, prestige, and occasional flares of warfare between the Soviet Union and the United States. The entire world is the stage on which these two titans fight to make the world safe for their own ideologies and ways of life. The game begins amidst the ruins of Europe as the two new "superpowers" scramble over the wreckage of the Second World War, and ends in 1989, when only the United States remained standing.

Component changes: Mounted Map (the graphics have been re-done, and the map is now fully mounted instead of cardboard.) Card deck of 110 cards ( an increase of 6 cards ) Two counter sheets ( Older editions had one sheet. There is no increase in the number of counters, but they will be twice as thick and come with rounded corners)